The Great Mathematicians of India contributed to the world by discovering Zero and Decimal System which changed the thinking in mathematical derivations.

When someone singularly counts, the greatest contribution of India to mathematics, he gasps at Zero. This is what we often hear.

But that is far from the truth. Zero was a natural by-product of an even more greater mathematical invention by ancient Indians, the Place Value (Positional Notation) System. Let us endeavor to find out the wholesome contribution of the Great Mathematicians of India.

The Beginnings: Great Mathematicians of India

One of the Great Mathematicians of India, Aryabhata (476-529) wrote the Aryabhatiya ─ a volume of 121 verses.

Apart from discussing astronomy, he laid down procedures of arithmetic, geometry, algebra, and trigonometry. He calculated the value of Pi at 3.1416 and covered subjects like numerical squares and cube roots.

Aryabhata is credited with the emergence of trigonometry through sine functions.

Around the beginning of the fifteenth century, Madhava (1350-1425) developed his own system of calculus based on his knowledge of trigonometry. He was an untutored mathematician from Kerala and preceded Newton and Leibnitz by a century.

The twentieth-century genius Srinivas Ramanujan (1887-1920) developed a formula for partitioning any natural number, expressing an integer as the sum of squares, cubes, or higher power of a few integers.

Origin of Zero and the Decimal System

The zero was known to the ancient Indians and most probably the knowledge of it spread from India to other cultures.

Brahmagupta (598-668), who had worked on mathematics and astronomy, was the head of the astronomy observatory in Ujjain, which was at that point of time, the foremost mathematical center in India.

He and Bhaskar the second (1114-1185), who reached understanding on the number systems and solving equations, have together provided many rules for arithmetical operations with the zero. 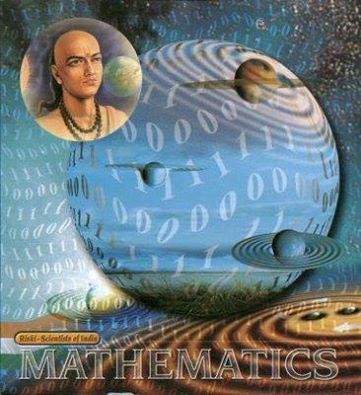 Varahamihira (505-668) who was educated in Kapitthaka and was one of the patrons of the school of mathematics in Ujjain, worked on Hindu astronomy before Aryabhata.

He wrote manuals called Panchasiddhantika which refer to the addition and subtraction of zero. He was one of the very distinguished Great Mathematicians of India.

Recommended for You:
Maharshi Kanad: The Propounder Of Atomic Theory
Hindu Vedic Mantras: Ancient Spell From Vedas And Upanishads

Vasubandhu (around 400 AD), who was born into a Hindu family but later converted to Buddhism, expressed his belief that the stars were representative of the zero and placed there by the Creator to remind humankind of the transience of the world and all beings. The symbols for nine numerals and a symbol for zero were well-established by the fifth century AD.

He was indeed, yet another, one of the very distinguished Great Mathematicians of India.

The decimal system is believed to have originated in India. Arab Mathematicians – Al Khawarizmi and Al-Nasavi in 825 AD and 1025 AD respectively – refer to it as ta-rikh ai Hindi and al-amal al-Hindi.

The acquisition of mathematical knowledge and competence covers three aspects that are in fact the mainstay for mastering any discipline:

These three together are known as pramanas.

The science of geometry originated in India in connection with the construction of the altars meant for Vedic sacrifices. Sulbas are studies in early Hindu geometry.

The Sulbas or the Sulba Sutras are the manuals for the construction of the altars for worship.

Dr. Bibhutibhushan Datta, author of History of Hindu Mathematics, in his ‘The Science of the Sulba’ has described a number of postulates, which must have been tacitly assumed by the geometers of the Sulba for the geometric operations.

The postulates of the Sulba are connected with the division of figures such as straight lines, rectangles, circles, and triangles.

1.  A given finite straight line can be divided into any number of equal parts.

2. A circle can be divided into any number of equal parts by drawing diameters

3. Each diagonal of a rectangle bisects it.

4. The diagonals of a rectangle bisect one another.

5. The diagonals of a rhombus bisect one another at right angles.

6. A triangle can be divided into a number of equal and similar parts by dividing the sides into an equal number of parts and then joining the points of division two and two.

7. An isosceles triangle is divided into two equal parts by the line joining the vertex to the middle point of the base.

8. A triangle formed by joining the extremities of a square to the middle point of the opposite side is equal to half the square.

9. A quadrilateral formed by the lines joining the middle point of the sides of a square has an area half of that of the original square.

10. A parallelogram and a rectangle which are on the same base and within the same parallels are equal to one another.

11. The maximum square that can be described within a circle is the one that has its corners on the circumference of the circle.

Overall, many core mathematics formula and theorems originate from India. These are the contributions of Great Mathematicians of India. The roots of the present progress in algebra and astronomy can all be traced back to the work done by our ancient mathematicians.