Holy Book of Buddhism includes basically two categories of religious texts, they are known as Canonical and Non-Canonical.

In Buddhism, there are a huge number of scriptures which contain religious texts and annotations which have been written in different languages and scripts. These scriptures basically revolve around and deliberate upon ‘Buddhavacana’ which is said to be the original discourse of Buddha on his attaining enlightenment.

The Canonical and Non-Canonical categories were basically derived from ‘Buddhavacana’. There are ‘Non-Buddhavacana’ texts also which are known as ‘Shastra’. Holy Book of Buddhism view ‘Shastra’ as a form of commentary written on many later dates to explain ‘Sutras’.

Facts about Holy Book of Buddhism

Holy Book of Buddhism center around their holy book called ‘Tipitaka’ which is scripted in the ancient Indian language called ‘Pali’ which Buddha himself spoke. 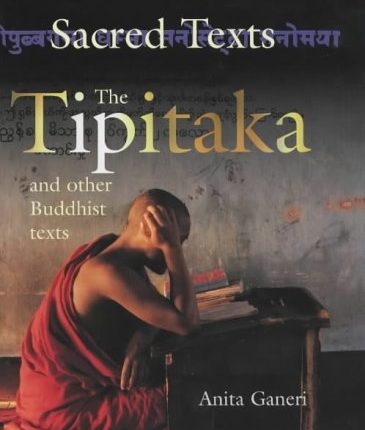 The Tipitaka is a very large book written in volumes. The English translation of Tipitaka which is widely available today contains forty volumes.

Original Tipitaka was written on narrow leaves which were the writing boards that existed during those times. These leaves were sewed together and formed volumes of written material known today as Holy Book of Buddhism.

Vinaya Pitaka one of the important Holy Writings of Buddhism deliberate upon the set of rules and guidelines of monastic life styles.

It focuses on everything from living styles and morality issues. It even signifies and talks at length of the relation ships and interactions between the monks and the nuns.

Sutra Pitaka another important Holy Writings of Buddhism presents records of various teachings and sermons of Buddha which forms part of theology and moral behavior of all Buddhists.

Abhidharma Pitaka is collections of miscellaneous Holy Writings of Buddhism which includes everything from usual Buddhists songs, poetry and stories of the Buddha to theology and principles of Buddhism.

The text book representing the ‘Daily Life of Buddha’ is known as ‘Dharmapada‘ Whereas the collection of the sayings in the verb form is called ‘Udana‘.

The Sanskrit forms of Sutras which mostly talks about discourses of Buddha or his close disciples and which is considered to be Buddhavacana can be enlisted as follows to represent Holy Writings of Buddhism called Buddhist Texts.