Heritage India and Culture: Our Traditions, Customs and Lifestyle

Heritage India and Culture is the Art of Living

The Cultural Diversity in India is an integral part of the Heritage India and the lifestyle of Indian people. It embodies their traditions, Customs, Festivals, Religions and whole lot of personal and social activities.

Heritage India and Culture refers to the intellectual development evolved out of the physical and mental training acquired in the course of the ages in a country. Cultural Diversity indicates freedom to people to practice their own culture individually and live in harmony with each other in the society. 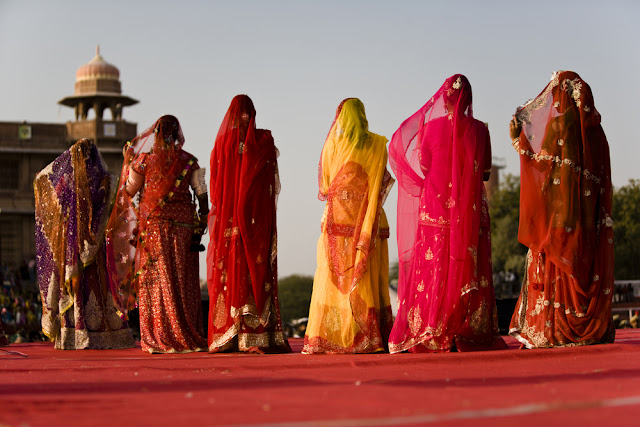 The Heritage India and Culture can be best understood by the expression of various components as discussed below:

The mildness and accommodating behavior of the Indians are continuing evern today, despite the aggressiveness of the Muslim conquerors and the reforming zeal of the British, the Portuguese and the Dutch. The Indians are noted for their humanness and calm nature without any harshness in their principles and ideals. This is part of the Heritage India and Culture.

Gandhiji’s satyagraha principle or Ahimsa – freedom without taking a drop of blood, worked wonders and gave credit to India in the international arena. Swami Vivekananda in his famous Chicago Speech on the 11th of September, 1893 spoke of this.

India is a conglomeration of men and women of various castes and creed. It is a fusion of old traditional values and the modern principles, thus satisfying all the three generations in the heritage India. The Elite businessman and the common vendor on the road share the same news and worship the same deity.

India is a secular country as stated in its Constitution. There is freedom of worship throughout the length and breadth of India without any breaches or violations of any other’s religious beliefs. The Hindus, The Muslims, The Christians, and The Sikhs in times of calamity and during festivities come openly together to share their thoughts despite their religious affinities. The catholicity of the Heritage India and Culture can be best understood by the fact that hundreds of Hindus visit the Velankanni shrine or the Nagore Dargah in Tamilnadu.

The Indian Social System is mostly based on the Joint family System, but for some of the recently cropped nuclear families. The families are closely knit with Grandfathers, fathers, sons, and grandsons sharing the same spirit, tradition, and property.

India’s 125 crore people have descended from a variety of races. The oldest ones are the Negroid aboriginals called the Adivasis or First settlers. Then there are the Dravidians, The Aryans, the Mongols, The Semites and innumerable inter-mixtures of one with the other. The great Epic, The Mahabharata, and the sacred text, the Bhagavad-Gita teach the Indians that survival can only be in terms of quality of life. It provides a framework of values to make the Heritage India and its Culture well- groomed.

Swami Vivekananda (1863- 1902) laid stress on physical development as a prerequisite for spiritual development, which in turn leads to the development of the culture of the country. For the past 1000 years, various foreign invasions like that of the Huns, the Kushanas, The Arabs, The Muslims, TheDutch, The French and the British took place. So the Indians were exposed to cultures that were totally alien to them. Several attempts were made by the Indian rulers like the Pallavas, the Chalukyas, the Palas, the Rashtrakutas, the Cholas, and the Vijayanagar Emperors to give the Indians an administration, which was in consonance with the cultural heritage of the country.
Later, religions became an important part of the culture and places of worship became community centers. The innovations in religious thinking brought two popular beliefs in India, namely Buddhism by the Buddha and Jainism by the Saint Mahavir. Then there was a socio-religious shift or orientation in the Indian culture.
Later in the century Westernization of Indian culture began, but it was stemmed by the efforts of Raja Ram Mohan Roy, Dayananda Saraswathi, Swami Vivekananda, Narayana Guru, Maharishi, Aurobindo, etc. Then there took place a Renaissance, that emphasized the need to recognize the country’s own culture while ushering in an age of modernity.
If Heritage India and its Culture tended to become tolerant, accommodating, open-minded, deeply but not ostensibly spiritual and concerned with the common human welfare, then it is due to the great and relentless efforts of our great ancestors and leaders. Thanks to them for our country has achieved a common culture, despite a staggering pluralistic society and we have learned to live in diversities.
Cultural Diversity in IndiaCulture of IndiaIndian Culture
0
Share FacebookTwitterGoogle+ReddItWhatsAppPinterestEmail

The Downfall of Glory of India from Its Magnificient Past