Chanakya was born on 371 B.C and died on 283 B.C. But how did he die? There is hardly any authentic historical data available on Acharya Chanakya Death.

Acharya Chanakya was the prime minister in the kingdom of Chandragupta Maurya and acted as the Chief Administrator. He was responsible for the day-to-day to the wholesome administrative functioning of the state.

There are few legendary stories about Acharya Chanakya Death.

According to one such story, Acharya Chanakya went to the jungle, lived there for some time and slowly starved to death as per his plan of renouncing the body.

According to another story, Acharya Chanakya died as a result of a conspiracy caused by Subandhu, who was a minister in the state of king Bindusara.

Who was king Bidusara? The King Bindusara was the son of Chandragupta Maurya.

There is yet another very interesting story about the birth of King Bindusara and his naming ceremony.

Acharya Chanakya was too much concerned about his king Chandragupta Maurya and suspected that he may be poisoned by his enemies.

Therefore to save his life he planned a strategy. He started giving the king a very minuscule amount of poison daily in his food. He started giving him the poison in such a way that he gets addicted to it and when he is poisoned by his enemies, he will be able to withstand the effect of the poison and survive.

Chanakya was also a very knowledgeable person of medicine and he knew very well that what dose of the poison will be fatal and what dose will act beneficially to create a safe immune system for the king.

The second queen Durdha was pregnant and she was in her last month of pregnancy when a deadly incident occurred.

The queen Durdha was sitting, gossiping and making merry with her husband king Chandragupta Maurya in her private room.

She was in her advanced stage of pregnancy but she was quite weak. Therefore the emperor was taking a good care of her.

She shared the food with her husband and since she took the poisoned food, her condition started deteriorating very fast.

Recommended for You:
Kailasa Temple Ellora Caves as Wonder of all the Wonders of World
Kollur Mookambika Temple: A Refreshing Visit for Spiritual Enlightenment
Sri Kalahasti Temple: The Famous Temple for Rahu Ketu Pooja

Birth of Ashoka the Great

On hearing the news, Acharya Chanakya rushed to the scene and on finding the queen senseless on her deathbed, he decided that the baby in her womb should be saved.

Therefore immediately the belly of the queen was cut open and the baby was taken out. The queen died in the process.

Since a drop (Bindu) of the poison had passed onto the head (Sara) of the baby, therefore the baby was named Bindusara. Bindusara was known later on as the great Ashoka, the greatest king of the Maurya dynasty. 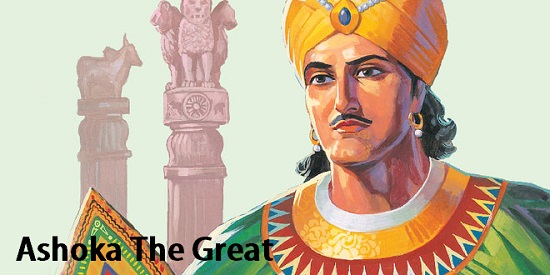 Acharya Chanakya loved the baby too much. He fostered the prince and trained him to become the great king of his time. People know him today as Ashoka the Great.

Let us now discuss back the mysterious story of Acharya Chanakya death which occurred because of Subandhu who was a minister in the kingdom of Emperor Bindusara.

Subandhu was very close to the king Bindusara and was jealous of Acharya Chanakya who was still holding the position of Chief Administrator of the state as prime minister.

Taking advantage of the proximity of the king, Subandhu once disclosed to the King Bindusara that Acharya Chanakya was responsible for the death of his mother.

Subandhu told the king that her mother did not die of her natural death but died because her belly was cut open to deliver him. On hearing this, the King went on to confirm the story from the nurses who were present there. King Bindusara became very angry with Acharya Chanakya.

On hearing the news that the king is not happy with him and very angry, Acharya Chanakya felt dejected and became disconsolate.

Acharya Chanakya was old enough and at the fag end of his life, therefore he decided to end his life.

He donated all his belongings to the poorest and orphan people of the state and sat in the Samadhi mudra on a heap of cow dung. He prepared himself to die by a total abstinence from food and drink.

Meanwhile, the king Bindusar came to know about the real story of his birth from different nurses and felt very sorry.

He rushed to Acharya Chanakya and begged forgiveness from him. But it was too late and Acharya did not change his mind.

King Bindusar went back and in a feat of fury killed Subandhu who had misled him.

There is also another story about this last episode.

On learning that Subandhu had misled, the king was very much furious on him and had asked him to somehow convince Acharya Chanakya not to kill himself.

Subandhu went on to meet the Acharya but secretly caused the heap of cow dung on fire. Acharya Chanakya, therefore, died in the fire.

Thereafter the king Bindusara in the rage of anger killed Subandhu.

Though Acharya Chanakya death story is not the authentic one, however, one can find from the above some glimpses as to how did Chanakya die? After all, he has been a legend of his time and one of the much highly coveted personalities of the date.

Disclaimer: We do not claim any of the above stories to be true. This article merely emphasises that these theories exist, however, we do not endorse them.