Spiritual Enlightenment in Hinduism: The Philosophy Which teaches Us the Art of Living

The Spiritual Enlightenment in Sanatan Dharma endeavors for those actions, thoughts, and practices that promote physical and mental happiness in the world and aims at the realization of the almighty God.

Sanatan Dharma eternally exists in God, is revealed by God, describes the names, forms, virtues and the abodes of God, and reveals the true path of God realization for the souls of the world. The Spiritual Enlightenment in Hinduism has derived its source from the Sanatana Dharma.

There are three eternal existences, the Soul, Maya, and the God. The Soul is unlimited in number, infinitesimal in size, Divine in quality but eternally under the bondage of Maya.

The Soul does not belong to Maya or the Mayan world. It has a natural and eternal relationship with God.

These philosophies are the part of Spiritual Enlightenment of Hinduism. 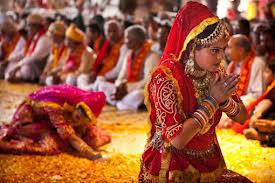 Maya is lifeless and the power of God is said to have three qualities: Sattvic (pious), Rajas (selfish) and Tamas (impious) that represent its existence when it is evolved into the form of the universe.

The universe has two dimensions – material and celestial. The Divine dimension of God lays beyond the field of Maya.

Looking on the Spiritual Enlightenment in Hinduism one may find Hinduism as monotheistic.

There is one single God Who represents the various aspects of His unlimited Blissful charm through many forms such as Krishna, Vishnu, Shiva and Shakti and various other impersonal aspects.

Out of these Krishna is the absolute supreme form of God which includes all others. God is an eternal, omnipresent, all-Blissful, all-Gracious, all-kind and all-loving Divine personality.

The Spiritual Enlightenment in Hinduism reckons these aspirations.

The Spiritual Enlightenment in Hinduism explains that the soul is eternally yearning for perfect, unlimited and everlasting happiness. But the soul is mistakenly searching for this happiness in the Mayaic world where one finds only transitory pleasures followed by disappointments.

The illusion of finding perfect happiness in the Mayaic world is the cause of soul’s reincarnation.

The soul, since uncountable lifetimes, has been taking birth into the 8.4 million species of life where it undergoes the consequences of actions (karmas).

Perfect happiness is neither a feature of the mind nor a nature or quality of the Mayaic world. It can only be attained by God realization.

The human form of life is the only chance for the Soul to attain God realization.  One must understand the disappointing nature of the illusive attractions and attachments of the world and should sincerely proceed to the path of God realization by absolutely trusting the causeless kindness of the God.

Humble, loving and wholehearted submission to a personal form of God is called bhakti. Bhakti evokes the Grace of God and ensures God realization. Upon realization of the God, the Soul is released from the bondage of Maya and achieves unlimited Divine Bliss forever. 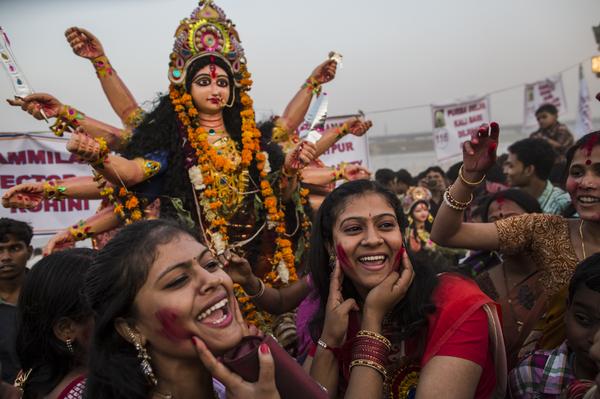 Sattvic practices such as austerity, intellectual study of Vedanta, the practice of renunciation and meditation, on their own, can only evolve the Sattvic qualities in a person’s mind to a certain extent. Spiritual Enlightenment in Hinduism remains the core activity in the whole process.

When one begins to do bhakti, these practices, with the Divine uniting factor of bhakti, proceed as Karm Yog or Gyan Yog. Only when these practices are performed with bhakti, they can become the means of God realization, because only bhakti unfolds the grace of God.

A person who has the Divine knowledge of all the scriptures and who is God realized is needed to guide, protect and Grace the souls on their path to God realization. Such a Divine personality is called Guru. It is the Guru who imparts the Divine vision or Divine love of God to a dedicated soul when they reach a stage of complete surrender through bhakti. Divine personalities are always present on the earth planet to guide the souls.

As per the theory of Spiritual Enlightenment in Hinduism, In addition to sending Divine personalities from His abode to the planet earth, the God Himself descends on the earth from time to time to establish and protect Sanatan Dharma.

He reveals His absolute Blissfulness through His Divine actions (Leela) and shows the path of bhakti to the souls. The descensions of God into the material (Mayaic) realm is called Avatar in Sanskrit.

The Divine scriptures of Hinduism include Vedas, the Upvedas, the Vedangas, the Smritis, the Darshan Shastras, the Upanishads, the Puranas, the Itihas (Ramayana and Mahabharata), the Gita, the Bhagwatam and the writings of Jagadgurus, acharyas, and Saints. They all constitute the part of Spiritual Enlightenment in Hinduism.

The vast collection of Bhartiya scriptures is a systematic line of teachings. They provide the guidelines of all kinds to people, having varying levels of purity of mind and receptivity for God, and lead them towards their realization of the supreme God.

The Bhartiya (Hindu) scriptures also reveal the scientific axioms that are valuable in the research and development of modern science.

They reveal the sequence of the procedure of creation of the universe, the exact model and working of the universe, as well as the science of defense, medicine, and aviation, which are essential for the society for their day to day living.

Creation of the World: The Hindu Genesis of Origin of Life