Rashtriya Swayamsevak Sangh short named RSS was born in India on the day of Vijayadashami on 27 September 1925 and that is why it is named here RSS India.

RSS India was chiefly formed to provide character building training to Hindus and to help them to remain and thrive as a united community.

Today RSS India is world’s one of the largest voluntary non-governmental organisation, which provides selfless service to the people of India.

RSS India because of their leaning towards Hindus, has been condemned in India by certain so called secular forces and by those who are motivated for their political gains. 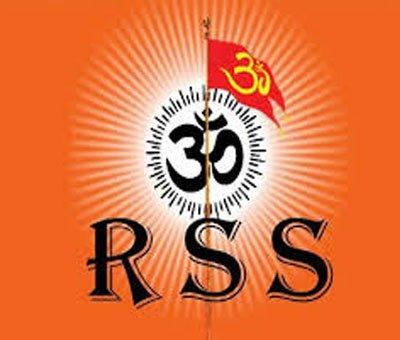 It is truly a selfless organisation helping people in the time of distress. It is said that the organisation initially drew inspiration from European right-wing groups during World War II.

In India, this organisation has been some times criticized by the vested interest groups as an extremist organisation, however, so far, no one has been able to put forth any viable evidence against the organisation. This propaganda has been proved as futile attempts of the adversaries who are opposed to the ideals of RSS and who works against the interest of the nation.

Recommended for You:
Kailasa Temple In Ellora Caves
The Spicy History Of Malabar Black Pepper: An Insight History

RSS India was banned during British rule, and then thrice by the post-independence Indian government — first in 1948 when Nathuram Godse, a former RSS member, assassinated Mahatma Gandhi; then during the emergency (1975–77); and after the demolition of Babri Masjid in 1992.

The ban imposed in February 1948 was withdrawn unconditionally in July 1948. The ban during 1975-77 was a part of the illegal suspension of individual and collective human rights during the emergency. After Indira Gandhi lost the elections, the new government withdrew restrictions on human rights. The ban in 1992 was lifted in the absence of any material evidence for causing the Babri Masjid demolition.

In spite of all the ups and downs, this organisation has never forsaken its primary duty of community service and helping its people during the time of distress. 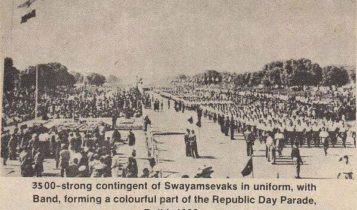 In 1962, India was defeated by Chinese and sensing an opportunity, Pakistan attacked India during 1965. There was an acute shortage of soldiers to fight the war. The government deployed even its police forces to fight the war. There was no one to look after the policing duties in Delhi. The prime minister requested Rashtriya Swayamsevak Sangh to take up this task which they voluntarily and very efficiently accomplished.

RSS India not only controlled the civic and policing administration of Delhi but they also went for clearing the blocked roads and runways from ice in Jammu and Kashmir. They provided active service to the wounded soldiers during the war and in masses offered blood donations.

Even in recent times, during Uttarakhand calamities, flood situations in Jammu and Kashmir and for that matter most recently in Tamilnadu during excessive rain and flood operations, selfless service of RSS India has been widely acclaimed.

Yet vested interest groups in India blame this organisation and leave no stone unturned to malign their image due to their religious ethnicity or petty political mileage.

Vested Interest Groups Malign RSS India remains the eternal truth. However, In view of the above scenarios, It is time for all we Indians to ponder over the SUBJECT and act with just and righteousness of our wisdom for the TRUTH and development of this country.

Facts about Indian Culture and History