A Spiritual Connection- How to Experience the Bond?

Spiritual Connection is a process of realization of a selfless, egoless body and mind with the awakening of inner senses between two or more bodies.

The Indian philosophical process evolved for a period of nearly thousand years in a dramatic fashion wherein the Indian Spiritual Enlightenment and spiritual connection has been the core of studies.

The period between 600 B.C.E. and about 200 C.E. is called the Epic Era when philosophical discussion and speculation took place at a steady pace. The ideas of Upanishads were carried further and fine-tuned with the appearance of intensely philosophical literature called Darshanas. 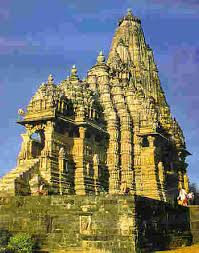 The predominant part of the spiritual connection with Spiritual Enlightenment during those times was sacrificial Hinduism, but even then the tolerance and understanding for dissenting thought existed.

How else could one explain the emergence of radically different thought processes on the part of Buddha and Mahavira, who denied the sanctity of the Vedas and defied existing practices of casteism?

The Vedic sacrificial Hinduism, dominated by Brahmins and Kshatriyas, embroiled in caste differentiation and discrimination, did not persecute the unorthodox and nonconforming thought process of the budding new religions of Buddhism and Jainism. In fact, the spiritual connection between the two continued.

Buddha and Mahavira were not the only ones to propose different philosophies during their era. A rival branch called Ajivikas founded by Mahavira’s rival Goshala Maskariputra was also popular at that time.

Ajivikas did not believe in karma and thought that the destiny was predetermined and could not be changed.  The stress of spiritual connection was predominant.

Goshala’s followers were atheistic and believed that it was impossible to influence the course of transmigration and destiny in any way. There were also several other religious contemporaries to Buddha and Mahavira in the spiritually rich during 6th-century B.C.E. They were all rebelling against the rigid class-oriented sacrificial rituals of the Brahmanical Upanishads and the Vedas.

In this background, therefore, Purana Kassapa taught a no-action theory called akriyavada. He once explained to the Magadha king Ajatashatru that the soul is not affected by any deed (karma), be it good or bad.

Sacrifices and self-mastery, even robbing and destruction has no effect on the passive soul.

The spiritual connection with Spiritual Enlightenment taught that only the infinite mind could comprehend a finite world.

Another teacher of the same period was Pakuda Katyayana, who also taught that the soul was superior to good and evil, thus unchanged or untouched by it.

He classified everything into seven categories, i.e. earth, water, fire, air, pleasure, pain, and soul, which were eternal. Hence Mahavira and Buddha called his doctrine Eternalism. Both Kassapa and Katyayana believed that the soul existed independently of the body and thus unaffected by karma.

He did not believe in the afterlife and considered death as the final phase of all souls, for fools as well as the wise.

Sanjaya Belatthiputta was the leader of the agnostics (ajnanavada). Upanishads over millenniums had proposed opposing theories of body, soul, karma, and transmigration. Sanjaya rejected all the contradictory theories of body and soul. He thought it was better to reject them all instead of adopting one folly over another.

His followers circumvented and avoided speculative questions rather than trying to answer them, hence they were accused of being ignorant (ajnana). Sanjaya asked his followers to focus their attention on spiritual connection and preservation of mental equanimity under Indian Spiritual Enlightenment.

The school of materialism called the Charvaka (also called Lokayat) did not believe in the cycle of rebirth and transmigration.

The frugal virtues of Buddhism and Jainism were rejected and followers were encouraged to reject all religious observances and make the most of life’s pleasures!

The original writings of the Charvaka are lost to us, though Brhaspati is said to be its author. We now know about the existence of such a system more from comments of its opponents, who were Buddhist, Jain and Brahmanical scholars.

The Charvakas totally disregarded Vedas as false and even referred to the authors of the three Vedas as demons.

They were of the belief that the sacrificial rituals benefited only the priestly class (they might have touched a raw nerve here), and advised its followers that there was no afterlife one should be concerned of during this lifetime.

It supported materialism and atheism.

The sect of Indian Spiritual Enlightenment existed in one form or another even during the Vedic Era (2500-600 B.C.E.) and they talked about the spiritual connection but later fell into disrepute.

With the establishment of Buddhism and Jainism, the Charvakas were looked down as fringe organizations and were ridiculed and shunned but not persecuted. Madhava Acharya wrote an extensive review of the Charvaka system in the 14th century C.E. in the Sarvadarshanasamghraha.

Buddha challenged the Vedic practice of rigid sacrificial rituals and the practice of caste systems.

Following this Mahavira and Goshala also took extreme positions in their quest for answers and paved the way for ordinary people to dissociate themselves from the hierarchy of the powerful practitioners of Vedic rites and discrimination.

The discussion became intensely philosophical and atheistic. The doctrines of the six Darshanas (namely Nyaya, Vaisheshika, Sankhya, Yoga, Mimamsa, and Vedanta) were assimilated and as seen in the Sankhya system even the existence of a Creator was questioned.

Creation in Indian Spiritual Enlightenment and spiritual connection has been explained in more logical and metaphysical theories. Teachers like Kassapa and Katyayana questioned the role of karma on the soul.

However, the very essence of Upanishads of realization of Brahman was never completely abandoned, at least by the major teachers.

Buddha’s Buddhists, Mahavira’s Jains, and Goshala’s Ajivikas all practiced asceticism and meditation in some form or another but did not discount God entirely. They admitted to a presence of supernatural beings though of limited powers. They also believed in the fundamental doctrine of transmigration and karma.

Until devotional Hinduism during the evolution of Indian Spiritual Enlightenment with spiritual connection came to be practiced by the masses, many teachers taught skepticism and even materialism (materialist Ajita Kesakambalin and atheist Sanjay Belatthiputta).

Skepticism about rebirths and status after death arose as seen in many questions posed to gods in the Upanishads in this subject matter (e.g. Katha Upanishad, with questions about death asked by Nachiketa to Yama). Even Mahavira and Buddha agreed that there could be no final answers to some of the difficult questions of cosmology, ontology, theology, and eschatology.

The Epic Period was a golden era in Indian philosophical thought because of the tolerance of different opinions and teachings. In a wide scale, between sacrificial rituals to please the gods and complete agnostic and materialistic practices, existed many disparate and dissimilar ideas.

Most of the above teachers were contemporaries. They argued, discussed, rendered discourses and critiqued each other’s theories. Above all, they tolerated each other.

Some of them, like Buddha and Mahavira, left their indelible marks on society and became leaders of new faiths. Others dwindled and became remote characters in the saga of history. But they all had their chances, un-hindered by bigotry or persecution just because they thought differently.

Modern-day Hindus, especially ones with extremist predilections and views, have a lot to learn from this era of Indian history. Civilized discussion and disagreement under Indian Spiritual Enlightenment along with the spiritual connection should be accepted but persecution should be condemned.

If Christianity and Islam had been introduced at this juncture of India’s intellectual development, along with Buddha, Mahavira, and Goshala, they also would have been accepted and not considered rebellious.

Mythology and Hindu Puranas have many instances of militant heroes, who were still considered to be leaders. After all, Parashurama, who is credited with annihilating generations of Kshatriyas, is still considered as one of the avatars. An era that accepted atheistic Charvakas, eternalists, and materialists would have had little problems with Christianity or Islam.

There is a Sanskrit shloka that summarizes the philosophy and the attitudes of Hindus in their journey of Indian Spiritual Enlightenment along with the spiritual connection. It translates as follows:

Varied are the tastes and many are the paths to a goal.
Some are righteous, some are crooked.
Yet, all aim to reach the goal,
just like all the rivers lead to the ocean.
Similarly, man traverses to Thee.

The above verse acknowledges the diversity of human society, practices, and behavior.

It clearly shows that the ancient Indians had seen the virtue of secularism and forbearance. It is up to the individual as to how and when one should start or end his ventures into unchartered territories.

Eastern religious philosophy is unique, that it shows many pathways to the same individual. All rivers lead to the ocean. There are no compulsion, confessionals or strict rules to follow.

A ‘practitioner’ of Hinduism is encouraged to look ‘inwards’ and conduct self-examination, all the while being tolerant. Rights of others who perhaps have a different path take are honored.

This is true secularism. Secularism enhances freedom of not only religion but also complements reasoning and progress. It dispels the inflexibility and intransigence of certain constricting religious beliefs who can never be part of Indian Spiritual Enlightenment with spiritual connection. It is the greatest emancipator.