Pakistan Terrorism: As a State Sponsor Of Terror in Region

Pakistani authorities have long had ties with domestic militant groups that have largely focused their efforts abroad, as in Afghanistan and India. Pakistan Terrorism is viewed as the result of its self-malaise of sponsoring terrorism against India and Afghanistan.

After Pakistan joining the United States as an ally in the post-9/11 “war on terrorism,” experts say Islamabad has seen harsh blow back from Washington for its support of militant groups. In May 2011, al-Qaeda mastermind Osama bin Laden was killed by a U.S. raid at a compound not far from Islamabad, raising new questions about Pakistan’s commitment to fighting terrorism. Meanwhile, leadership elements of al-Qaeda and the Afghan Taliban, along with other Pakistan Terrorism groups, have made Pakistan’s semi-autonomous tribal areas their home, and now work closely with a wide variety of Pakistani militant groups, like the Haqqani Network, which in September 2012 was added to the list of Foreign Terrorist Organizations (FTO). Links between many of these new and existing groups have strengthened, say, experts, giving rise to fresh concerns for the country’s stability. A list of various terrorist organizations operating from Pakistani soil is given below. Sheer their numbers and magnum of their density is enough to prove that this country is slowly turning into heaven of institutionalized terrorism activities. 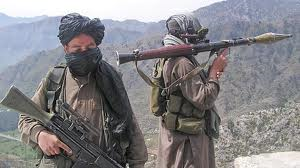 1. Hizb-ul-Mujahideen (HM)
2. Harkat-ul-Ansar (HuA, presently known as Harkat-ul Mujahideen)
3. Lashkar-e-Toiba (LeT)
4. Jaish-e-Mohammad Mujahideen E-Tanzeem (JeM)
5. Harkat-ul Mujahideen (HuM, previously known as Harkat-ul-Ansar)
6. Al Badr
7. Jamait-ul-Mujahideen (JuM)
8. Lashkar-e-Jabbar (LeJ)
9. Harkat-ul-Jehad-al-Islami(HUJI)
10. Muttahida Jehad Council (MJC)
11. Al Barq
12. Tehrik-ul-Mujahideen
13. Al Jehad
14. Jammu & Kashir National Liberation Army
15. People’s League
16. Muslim Janbaz Force
17. Kashmir Jehad Force
18. Al Jehad Force (combines Muslim Janbaz Force and Kashmir Jehad Force)
19. Al Umar Mujahideen
20. Mahaz-e-Azadi
21. Islami Jamaat-e-Tulba
22. Jammu & Kashmir Students Liberation Front
23. Ikhwan-ul-Mujahideen
24. Islamic Students League
25. Tehrik-e-Hurriat-e-Kashmir
26. Tehrik-e-Nifaz-e-Fiqar Jafaria
27. Al Mustafa Liberation Fighters
28. Tehrik-e-Jehad-e-Islami
29. Muslim Mujahideen
30. Al Mujahid Force
31. Tehrik-e-Jehad
32. Islami Inquilabi Mahaz
Extremist Groups :
1. Al-Rashid Trust
2. Al-Akhtar Trust
3. Rabita Trust
4. Ummah Tamir-e-Nau
The Taliban Group with the link of Sponsored Pakistan Terrorism:
Supporters of the Afghan Taliban in the tribal areas transitioned into a mainstream Taliban force of their own as a reaction to the Pakistani army’s incursion into the tribal areas, which began in 2002, to hunt down militants. In December 2007, about thirteen disparate militant groups coalesced under the umbrella of Tehrik-i-Taliban Pakistan (TTP), also known as the Pakistani Taliban, with militant commander Baitullah Mehsud from South Waziristan as the leader. After Mehsud was killed in August 2009 in a U.S. missile strike, his cousin and deputy Hakimullah Mehsud took over as leader of the TTP. Experts say most adult men in Pakistan’s tribal areas grew up carrying arms, but it is only in the last few years that they have begun to organize themselves around a Taliban-style Islamic ideology, pursuing an agenda much similar to that of the Afghan Taliban. Abbas writes in a January 2008 paper that the Pakistani Taliban killed approximately two hundred tribal leaders and effectively established themselves as an alternative.
TTP not only has representation from all of FATA’s seven agencies (see this interactive map of the area) but also from several settled districts of the NWFP. According to some estimates, the Pakistani Taliban collectively has around thirty thousand to thirty-five thousand members. Among their other objectives, they have announced a defensive jihad against the Pakistani army, enforcement of sharia, and a plan to unite against NATO forces in Afghanistan.
The Haqqani Network, whose operations and relations straddle the Durand Line, has proven a valuable ally in some of these pursuits. The Haqqanis have not only fought alongside the TTP and Afghan Taliban in Afghanistan, they have also served as an influential mediator between the TTP and officials in Islamabad. Pakistan has long been a large supporter and beneficiary of the Haqqanis, according to CTC. The network has helped Islamabad manage militant groups in FATA, and provided leverage against India in the struggle over Kashmir.
Pakistani authorities accused the TTP’s former leader, Baitullah Mehsud, of assassinating former prime minister Benazir Bhutto in December 2007. Some experts have questioned the ability of the different groups working under the Pakistani Taliban umbrella to stay united, given the rivalries between the various tribes. However, the group has proved since its inception, through a string of suicide attacks, that it poses a serious threat to the country’s stability. On May 12, 2011, the Pakistani Taliban claimed responsibility for bombing a paramilitary academy that killed eighty people and injured more than 100 (BBC). A Taliban spokesman said the suicide assault “was the first revenge for Osama’s martyrdom” (al-Jazeera). TTP also expressed transnational ambitions when it claimed responsibility for a failed bomb attack in New York in May 2010.
Conclusion:
The Pakistan terrorism is causing aspersions on the relationship between both countries, India and Pakistan. It is fast deteriorating in spite of several peace initiatives. It remains to be seen whether pull out of forces by the USA from Afganistan, will cause how much in deteriorating this relationship further. Are we heading for a direct full fledged war between these two countries?
In the word of Susanne Koelbl as he writes in Germany’s Der Spiegel “The prospect of further deteriorating relations is concerning to both countries, but it remains to be seen whether mutual need will be enough to keep the relationship alive. Pakistan needs the U.S. for its economic aid, and Washington needs Islamabad to continue its fight against terrorism and because it is home to the most important routes supplying the war in Afghanistan.
LET US PRAY & HOPE FOR GOOD WISDOM TO PREVAIL BETWEEN RELATIONSHIP OF THESE BOTH COUNTRIES……. LET US HOPE THAT STATE SPONSORED PAKISTAN TERRORISM ENDS.

The War Within Life: How to fight it Out and Merge with the Super Soul?

Importance of Sanskrit Language And Its Relevance

Appointment of First Army General of India after Independence

Do I Have Anger Issues?